As a girl, I read the Little House on the Prairie series and dreamed of a time when people cooked over an open fire with cast iron pans and gave handmade gifts.

While we called it a “scare” back then, few would have guessed that Y2K could actually have saved humanity.

A forced change in our lives of excess might have depressed the masses, but the idea of living closer to the earth always appealed to me.

Reading Eaarth: Making a Life on a Tough New Planet was like spending time with an old friend who shared my desire for a simpler life.

A smart old friend who is as concerned about global warming as I am. 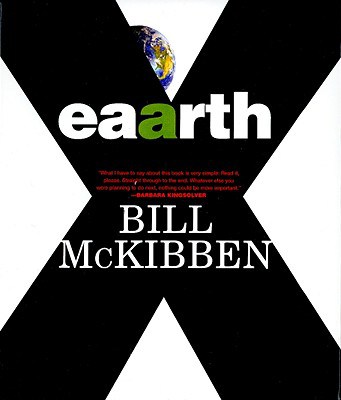 While I’m passionate about living a simpler, more sustainable life, author Bill McKibben lays out for readers exactly why drastic changes are necessary to the way we’re living.

“Our old familiar globe is suddenly melting, drying, acidifying, flooding, and burning in ways that no human has ever seen. We’ve created, in very short order, a new planet, still recognizable but fundamentally different. We may as well call it Eaarth.”

While some people stubbornly cling to the idea that we can continue driving our children to school in over-sized vehicles more suited to farm chores, author Bill McKibben makes a strong case for implementing changes immediately if we want to continue to inhabit this planet. Global climate change isn’t coming soon; it’s here.

Safe carbon dioxide levels in order for this planet to remain healthy are – at most – 350 parts per million.

Currently? Our planet clocks in at nearly 390 parts per million, resulting in the relatively recent rise in the number of hurricanes, the melting of Arctic ice, and devastating floods.

These phenomenon appear on the surface to be Mother Nature at work, but McKibben carefully spells out with statistical evidence just how humans are at the root of this devastation.

Can we stop global warming?

We can make changes that will get our carbon dioxide number down.

But it’s going to be hard.

…our most ingrained economic and political habit was growth; it’s the reflex we’re going to have to temper, and it’s going to be tough. Across partisan lines, for the two hundred years since Adam Smith, we’ve assumed that more is better, and that the answer to any problem is another burst of expansion. That’s because it’s worked, at least for a long while: the lives of comfort and relative security that we Westerners lead are the product of ten generations of steady growth in our economies. 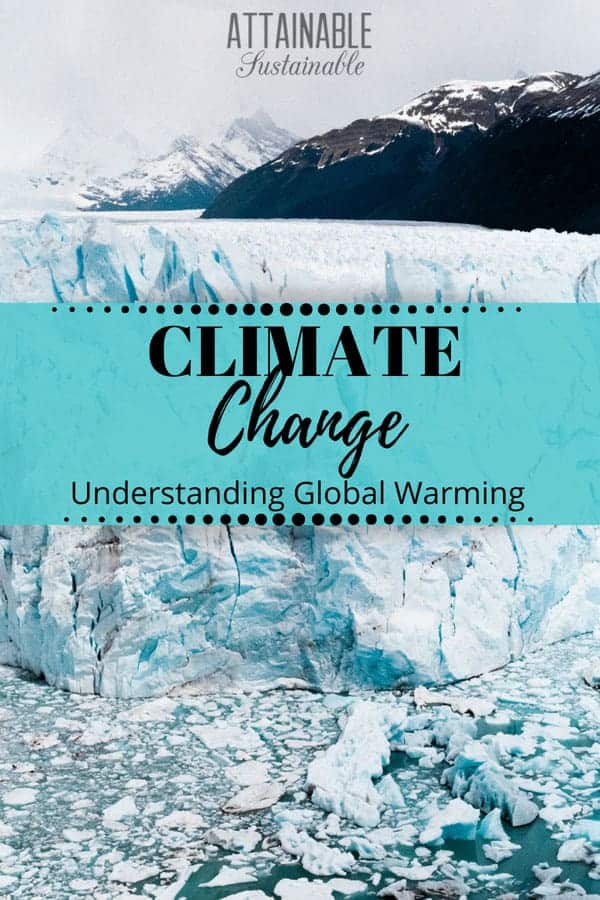 Now, McKibben insists, we must break that habit of bigger is better.

Counting on just a few big businesses to provide food, energy, or drinking water to the entirety of America?

That’s nonsensical. Instead, he proposes providing for our needs closer to home in our own communities.

I have solar panels on my roof, and if something happens to them … I have a problem. But it doesn’t cause a problem for my neighbors, the way it would if a giant power plant or two suddenly crashed.

Instead of globalization, instead of a world in which we can order a product from another country and have it within days, the author reminds us that while such practices offer near-instant gratification, it’s also changed the way we live.

Access to endless amounts of cheap energy made us rich, and wrecked our climate, and it also made us the first people on earth who had no practical need of our neighbors. In the halcyon days of the final economic booms, everyone on your cul de sac could have died overnight from some mysterious plague, and while you might have been sad, you wouldn’t have been inconvenienced. Our economy, unlike any that came before it, is designed to work without the input of your neighbors.

Understanding how we got here

The book offers a staggering and scary look at the damage that humans have done to the planet.

But the author also offers a look at what we must do to survive.

As McKibben points out, we can’t regrow rain forests or refreeze the Arctic – but we can figure out a new way of living on this planet.

We need to reduce our consumption of energy and fuel. Let’s stop importing fruits and vegetables from far-off locations.

We need to move in a direction that is more self-sustaining and less wasteful.

We need to be willing to step away from convenience. Instead, let’s put forth some effort in caring for ourselves and our communities.

Growing food. Eliminating our dependence on fossil fuel. Noting the difference between needs and wants.

This is an important book. It’s not a book that will leave you feeling all rosy inside when you’re done, though.

Bill McKibben will leave you pondering how we have come to this point in the first place.

And how you and your family can help to save humanity by making changes to the way you live.

After all, isn’t that what you’re doing here?

Next: Just What IS Sustainable?