Home → Blog → Thinking About the Environmental Issues of Single Use Plastic

Thinking About the Environmental Issues of Single Use Plastic

By considering environmental issues and giving single use plastics a pass, we can eliminate excess waste and reduce our dependence on fossil fuels. It’s time for that, don’t you think? 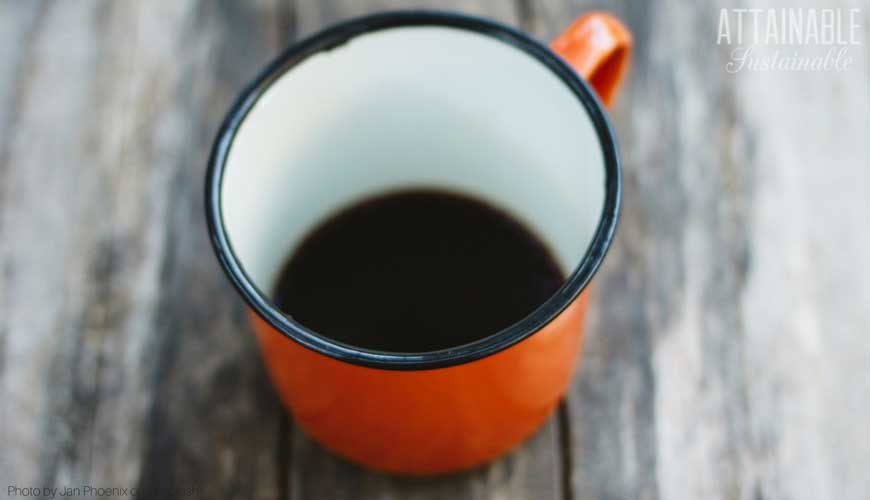 When we start making a lot of what we need at home and opting for second-hand, gently used items, two things happen. One, we save money. It’s less expensive to cook healthy food at home. And two, we reduce our waste.

Get inspired to change

The movie, Bag It, begins as a “regular guy,” Jeb Berrier, wonders about the plastic bag he uses to carry a yogurt home in. [Scroll down to watch the trailer.] As he researches and learns more about the environmental impact of choosing a plastic bag, his questions lead to more questions.

What about plastic bottles? How does buying plastic impact the earth and our health? And what about the new baby he has on the way? 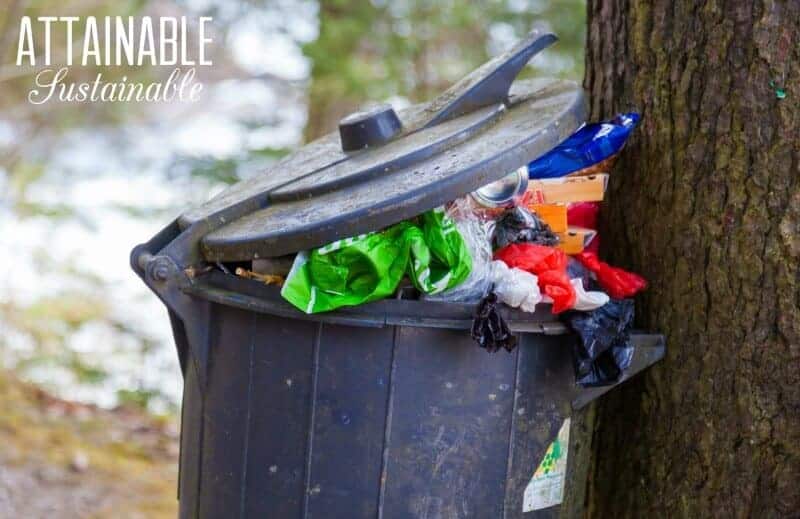 I found the movie to be reminiscent of a Michael Moore documentary. The horrifying facts presented are balanced with a sense of humor (which I think helps viewers refrain from freaking out over the content). My family particularly enjoyed the exchange between Jeb and the fast food restaurants as he tried to convince them to put his order in containers he brought from home rather than the disposable ones.

As someone who’s trying to avoid BPA in our diets, I found it really interesting when Jeb strayed from his usual plastic-free lifestyle for two days.

He ate pre-packaged food, microwaved meals in plastic containers, used deodorant and lotions commonly sold at drug stores, and sprayed the air with air fresheners. In just two days, the levels of chemicals that appeared in his body became frighteningly elevated.

It’s not only environmental issues that are concerning! 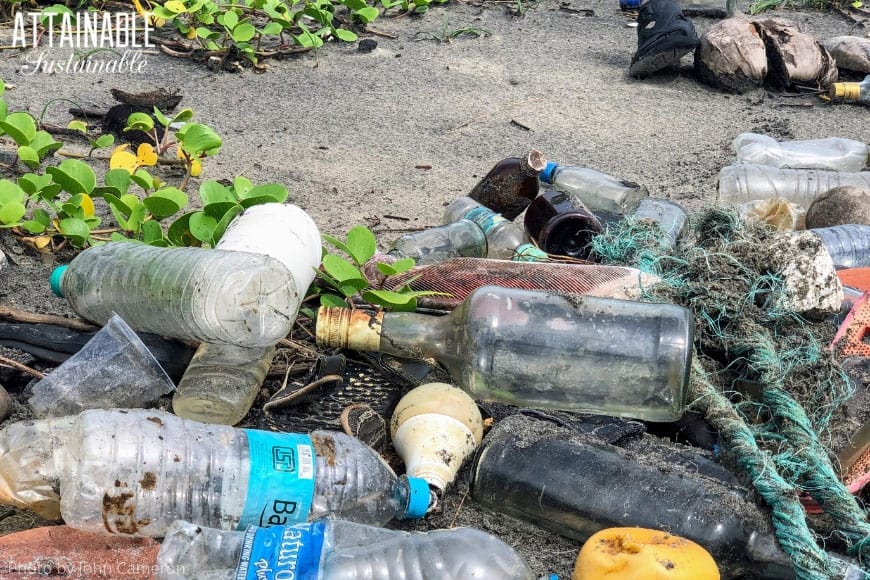 The environmental issues of single use plastic

Even though I consider myself pretty savvy about plastic bags and other plastic waste, the movie still shocked me with the facts reported. Here are just a few:

Truly, what has happened to us that we can continue living in a manner that is so environmentally unsustainable?

I live on an island that is impacted by the Pacific Gyre more commonly known as the Great Pacific Garbage Patch. The trash and plastic that washes up on the southern beaches of Hawai‘i Island is a shocking peek at the environmental issues that face us. These are not the beaches that come with hammocks and umbrella drinks; these are far from the tourist scene and just horrifying.

Birds are dying with bellies full of plastic because there’s no more room in their guts for the food that will sustain them. Turtles and sea lions die, entangled in plastic waste. 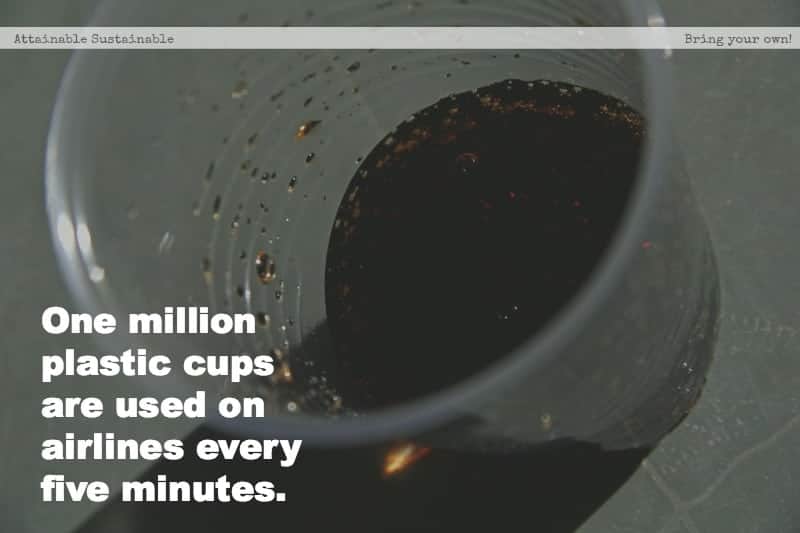 I’m inspired to eliminate even more plastic waste from our household. We rarely come home with a plastic shopping bag. We do bring home plastic containers of sour cream and Craisins in plastic, though. And I’ve mentioned before, some of our soil amendments came in plastic bags. From here on out, I’ll seek out bulk methods of buying these items. (Not easy, as I don’t have a local grocery store that offers a large selection of bulk items.) And perhaps I’ll even try my hand at making sour cream?

“Think about it—why would you make something that you’re going to use for a few minutes out of a material that’s basically going to last forever, and you’re just going to throw it away? What’s up with that?”
—Jeb Berrier

Bag It — Take a sneak peek

This is the first three minutes of documentary film BAG IT. This film examines the impact of plastics on the environment, marine animals and human health, along with a number of other environmental issues.

UPDATE: Shirley Thompson added this in comments – Just wanted to let your readers know that the film is on DVD and is currently available for sale in the educational market to schools and libraries through New Day Films, https://newday.com.

Interested folks could ask their local library to purchase it at the institutional price. Then everyone in your community would have access to the film. (Most distributors offer discounts for public libraries.)

And it’s possible to contact the filmmaker Susan Beraza through the New Day site. Perhaps she may have a limited number of copies for sale for individuals and/or community groups.