Visiting Italy: Five Eco-Friendly Initiatives We Can Learn From

Visiting Italy has been a lifelong dream for my Italian husband. He still has family there, in the northernmost reaches. 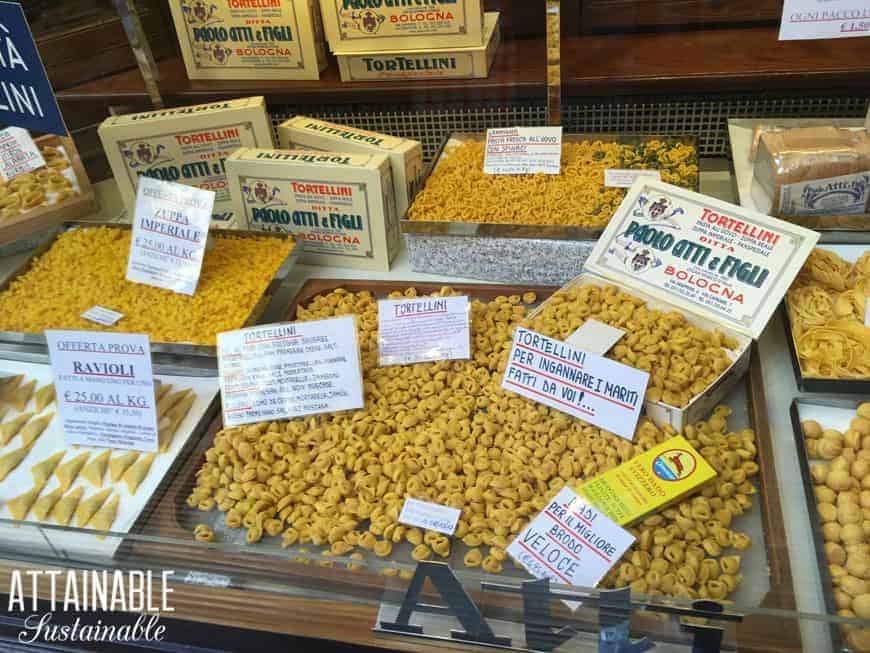 We just returned from visiting Italy, where we spent three weeks seeing some of the most amazing architectural sites in the world, eating SUCH good food, spending time on a farm in Umbria, and comparing life in Italian villages and big cities to what we’ve experienced here in the states.

It was a trip of a lifetime, our Italy vacation, and such an education to be able to see how another country operates, if only just a cursory view. 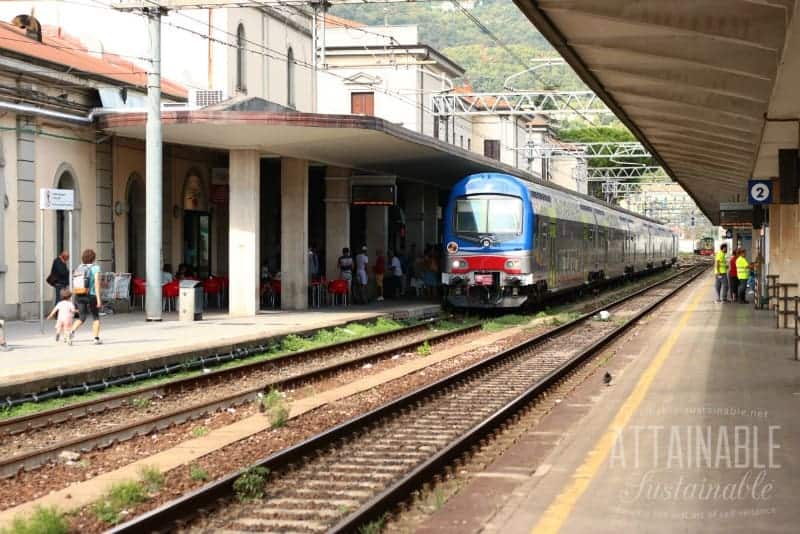 From an environmental standpoint, living in Italy differs substantially from American living.

Except for a few days in the country when we did have a rental car, we utilized public transit to move from location to location (we hit six different communities in all) while visiting Italy. The train and subway system connect virtually every community, and it’s a well-used system. (“Why in the world aren’t we doing this at home?” asked my eldest son.) There is a bit of a learning curve to it, though.

We were a bit disconcerted that some of the trains simply didn’t announce the various stops. Visiting Italy and not knowing the area, we had to watch every station to be sure we didn’t miss our stop.

As our trip progressed, we figured out a way around this: We paid close attention to the route, noting the stops just prior to ours. Commonsense, I guess, but it took us train travel rookies a few trips to figure out!

Generally speaking, cars in Italy are small. We saw exactly one pickup truck while we were there, and a few vans, but little, itty bitty things like smart cars and scooters are the norm. 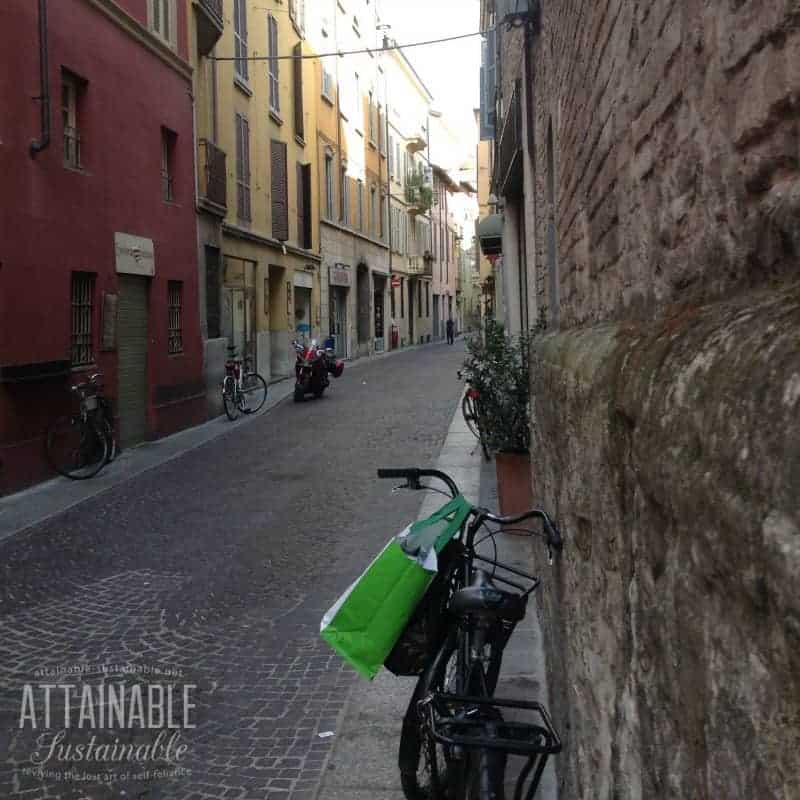 In some of the smaller communities we visited, bicycles were in heavy use. In Parma, bicycles appeared to outnumber vehicles and they all share the road in some crazy semblance of a system that was not visible to my unskilled eye. (Parma was one of my favorites stops during our visit to Italy.) Between the prevalence of public transportation and the fuel efficient cars, gas stations were few and far between. The ones we saw were tiny roadside stations with just two pumps.

We are water people. We always carry refillable bottles with us, and visiting Italy was no exception. Imagine our utter joy at discovering that water is free-flowing for people traveling and living in Italy!

The fontanelle (or little fountains) run constantly making it easy to refill, and according to this there are 2,500 in Rome alone. Now, all of you in drought-stricken regions are aghast at the idea of free-flowing water but while I’m not sure exactly how (language barrier), I’m assured that the water is recycled. 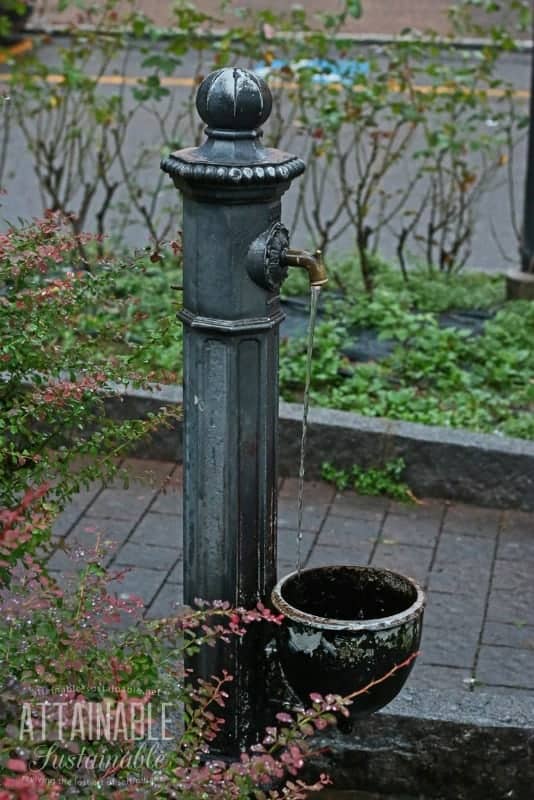 With all this free-flowing water outside, we were a bit perplexed that it’s not so free-flowing inside. At least at restaurants. If you want water at a restaurant, you must purchase a bottle. You may choose “still” or “gassed.” Or acqua naturale or acqua frizzante. The good news is, most of the restaurants offer water bottled in glass and the glass bottles are saved and refilled, much like we used to recycle soda or milk bottles back in the day.

We stayed in rented flats, giving us a chance to see how a typical Italian household might be set up. Visiting Italy certainly isn’t living in Italy, but we did appreciate having this experience, as opposed to staying in a hotel. All of the homes had a small (small!) washing machine, but with the exception of one, there was no dryer. Laundry is hung on indoor racks or on the balcony to dry. 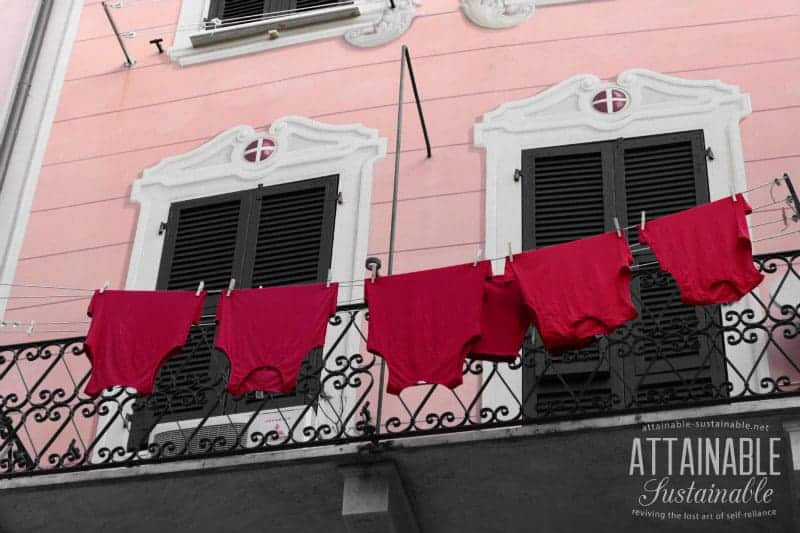 Separating waste and recycling isn’t just encouraged in Italy. According to one of our hosts, it’s the law. Every one of our flats came with a system for separating waste: Paper/cardboard; glass/cans; plastic; and organic waste.

Public venues had very clearly marked sorting bins, and there were even bigger dumpsters right on the streets, presumably for residents to empty their household containers into. Some were much nicer looking than others.

Toilets in Italy are not as standardized as they are in America. Public toilets were often a bowl without a seat, though we also saw a rustic hole-in-the-ground. The more interesting thing, though, is that almost every toilet we saw featured a water saving flush system. Even in private homes, toilets featured options to allow the user to choose just how much water is necessary to clear the bowl.

The dual flush option (pictured below) was the most common, but we also stayed in one flat that had a simple water faucet. Done? Turn the faucet on and run it until the bowl is clear.

At first it felt like we were running water unnecessarily, but in short order we realized that running it manually was using way less water than our tank toilet at home. We may not ever convince the general population to switch over to composting toilets, but dual flush toilets seem so commonsense! Why not install those in every new home that’s built? No? I guess I’ll just have to visit Italy for an environmentally friendly flush! 😉 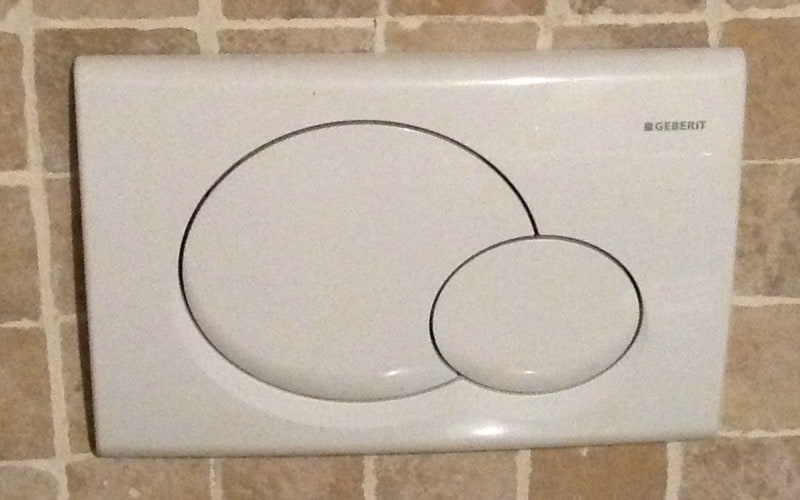 Bidets are standard in just about every bathroom. It occurs to me that a household that has switched over to “family cloth” would really appreciate this addition. Even for families who aren’t ready to go there (ahem, like mine) a bidet can reduce toilet paper waste. Of course, you’d need to factor in the water situation in your region.