Downsizing to a tiny home has a lot of things going for it, but one that might be overlooked is that an eco friendly tiny house is easier on the environment.

By Kerri Fivecoat-Campbell of Living Large in Our Little House 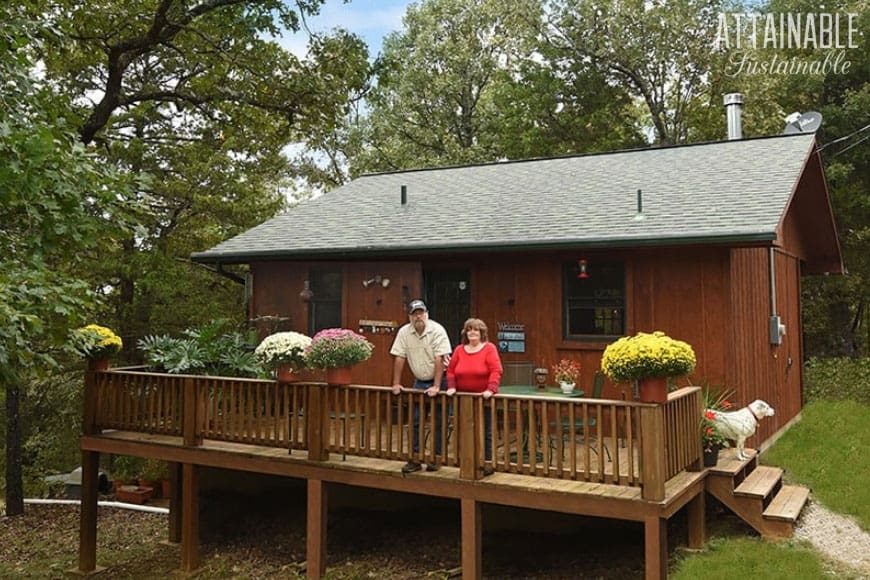 Related: Building and Living in a Tiny House

I’ve always been environmentally aware. When my mom and I were using cloth bags at the grocery store in the 1980s, people looked at us like we were crazy.

My husband, Dale, who worked for a large metropolitan landfill, didn’t think we were doing much to help the environment by using cloth bags. However, I estimate that we’ve saved nearly 15,000 plastic bags from the landfill in almost three decades. Moving to a tiny house — a 480-square foot cabin in the woods — nine years ago just made us more aware of how we impact the earth and it encourages us to do better.

Cutting Down on Consumerism

If you’ve ever walked into a Costco or Sam’s Club for one item and walked out with $300 worth of bulk items as we have in the past, you know that consumerism is the cornerstone to the American existence. Not only have we not been in a bulk warehouse store since moving to Our Little House, we have no desire.

We now have a one in, one out policy. If we buy anything, even so much as a shirt, something has to go.

Americans generate 25 billion pounds of textile waste every year, or about 82 pounds per person.

While doing research for my book, I used the CoolClimate calculator through the University of California Berkley and learned that a household in our demographic would normally buy enough new items to emit 10.9 tons of carbon dioxide. The calculator estimated that our tiny house emits far less, about 5.8 tons. 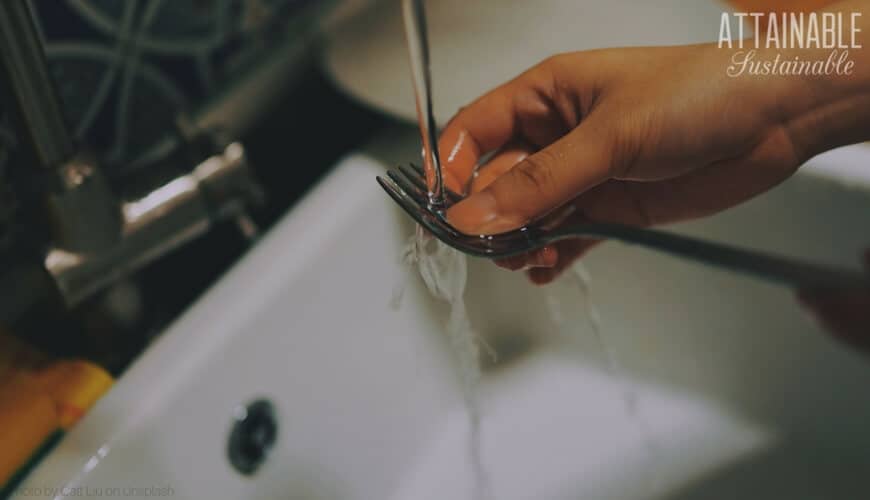 Related: Small Space Living (With a Family of Six)

This one was the most surprising to me. When we first built Our Little House, using it as a weekend/holiday getaway, we had a 2,000-gallon water tank.

Now that we have a well, we are still in the habit of conserving precious water resources.

Another subject in my book, Ariel McGlothin, who (legally and with permission) taps into her neighbor’s water well for her tiny house. She uses about 140 gallons of water per month. That’s far less than the average 80-100 gallons of water the U.S. Geological Survey says Americans consume per day.

Reducing the Amount of Utilities

I was taught at a young age to turn lights off when not in a room, a habit I carried into adulthood. But in Our Little House, where we heat with a wood stove in the winter and use a high efficiency heat pump one-room cooling system in the summer, we’ve been able to play a game of “How low can we go?” with our utility bills.

Lower utility bills also = less consumption. Score another one for eco friendly tiny house living. According to the calculator, the average home in our region emits 11.6 tons of carbon dioxide per year using electricity, natural gas and other fuel to power their homes. Ours was only 2 tons. 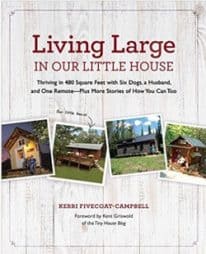 Kerri Fivecoat-Campbell is the author of the book, Living Large in Our Little House: Thriving in 480-Square Feet With Six Dogs, a Husband And One Remote…Plus, More Stories of How You Can, Too.

You can read about more ways a tiny home can help live a more sustainable life in her book, Living Large in Our Little House and find tips of how you can, too, even if you’re not currently living in a tiny abode.

Homesteading: 10 Tips for Buying and Starting a Homestead on a Budget
Next Post: Homemade Sunscreen for Fun in the Sun!