You are here: Home / GROW / Hydroponics 101: An Introduction to Growing Food Hydroponically

You’ve probably heard people talk about hydroponics, but what is hydroponic growing?

In a nutshell, hydroponics is a method of growing plants without soil; instead, nutrients are provided via a water-based system.

Max from Green and Vibrant is here to share some of his insights about hydroponic growing. 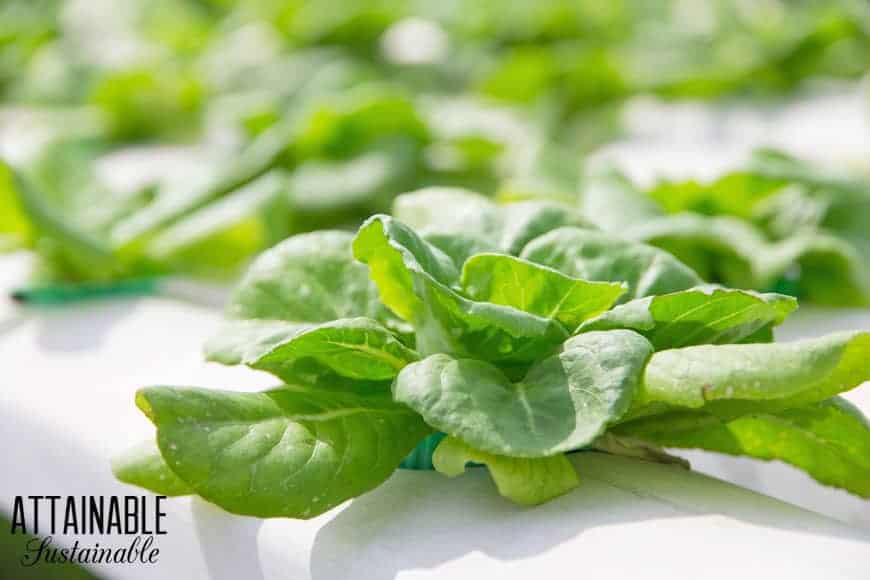 Do you know what your room, a giant warehouse, and the International Space Station have in common? All these areas can successfully grow plants using hydroponic systems.

Hydroponics is considered to be one of the solutions for shrinking agricultural land and soil on planet Earth.

But that is one for the future. At present, hydroponics is growing in popularity across urban spaces.

There is a growing group of urban cultivators who use hydroponic systems to grow anything from simple herbs to vegetables and fruits.

With minimal investment and an understanding of the underlying concepts, anyone can grow plants using hydroponics.

People have used soil for thousands of years and will continue to do so.

But as resources are becoming more and more scarce and there is a growing population to be fed, many scientists and growers have considered hydroponics as the farming technology from the future.

Hydroponics farming is more sustainable in the way it grows plants using the latest technologies.

Growers can grow with hydroponics anywhere, even in arable places and in space.

Meanwhile, the water and nutrients are efficiently used through a recirculating system, which means no excess resources are lost during its operation. 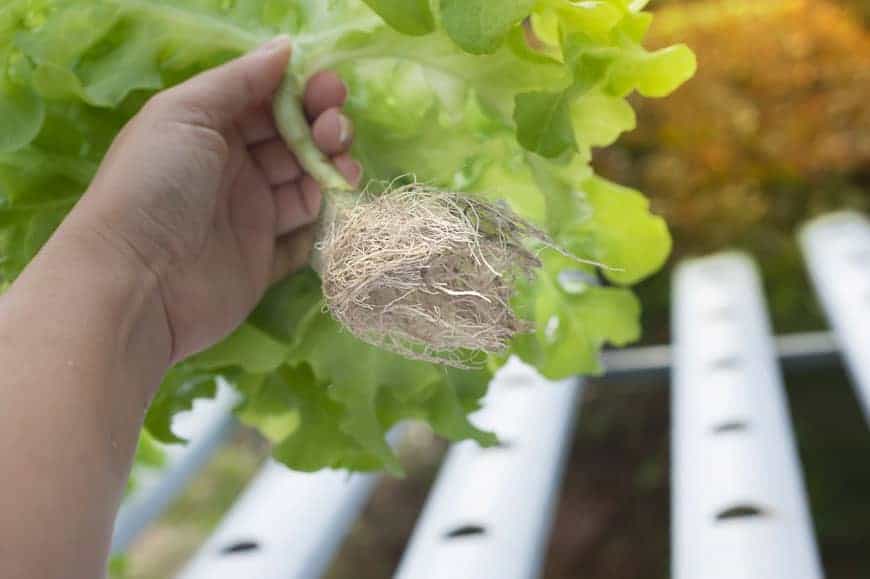 This is another major advantage of hydroponics. Outdoor gardening and agriculture are entirely at the mercy of weather and climate.

But when you grow food indoors, all the variables are under your control. This includes temperature, light, and nutrients.

So you can grow your own food and enjoy fresh veggies all through the year, even in winter. In this way, hydroponics is at least ten to twenty times more productive than regular gardening.

This can be further augmented by going vertical. That way, hydroponics can easily overcome ground space constraints and grow more plants per square feet than soil-based gardening.

What is hydroponic growing good for? 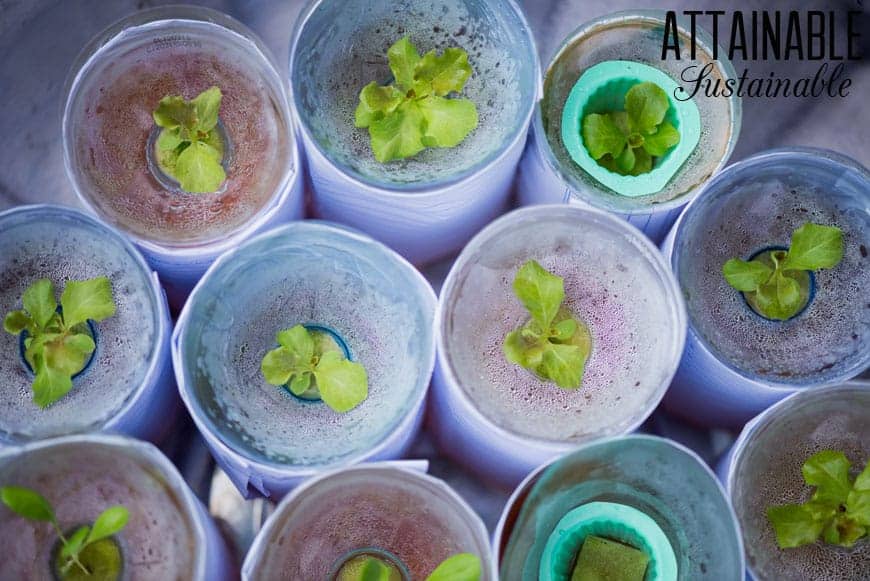 Any plants can be grown with hydroponics, though some are easier to grow than others. The easiest plants to grow in a water-based environment are leafy veggies (lettuces, spinaches, etc.), herbs, beans, and seedlings.

Fruits like tomatoes, strawberries, and peppers are also grown widely by either hobbyist and commercial growers with the similar or better yields than soil-grown counterparts.

Plants such as corn, pumpkins, etc. are more challenging because they are larger, heavier, and require more space.

Meanwhile, deep-rooted and tuber crops like potatoes, carrots, and beets require deep growing media so that they can develop starchy roots & tubers and are not recommended for hydroponic gardens.

What hydroponic system is best for me?

There are mainly six types of hydroponic methods, from the easy, passive system like wicking or deep water culture to the more advanced forms – nutrient film techniques, ebb & flow, drip, and aeroponics. 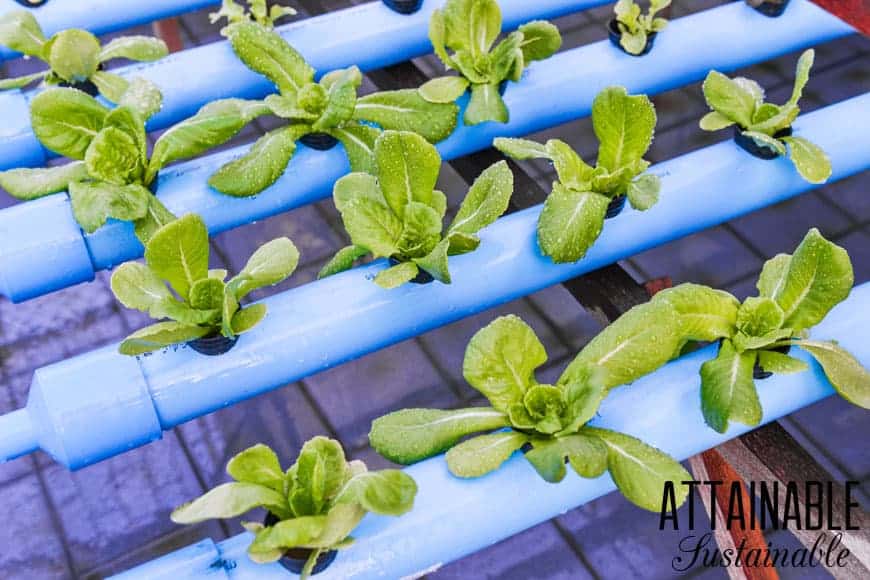 Each has its own advantages and disadvantages, but all work well to grow soilless plants.

Nothing can beat the sun when it comes to maximizing your plants’ potential growth. So if you have a sunny spot or a windowsill in your home, place your plants there.

But If you lack an ample space and the sunlight, you can still grow plants well under sufficient artificial lights.

The goal here is to help plants create food by photosynthesis, and grow lights have been used widely and have produced the results on par with the sunlight.

Depending on your budget and the size of growing area, you can choose from CFL bulbs with just several bucks to the costly LED lights well over one thousand dollars.

Can hydroponics be organic?

Most organic proponents would agree that organic produce is grown using only natural materials.

However, these are still rejected by many organic growers as they lack soil. 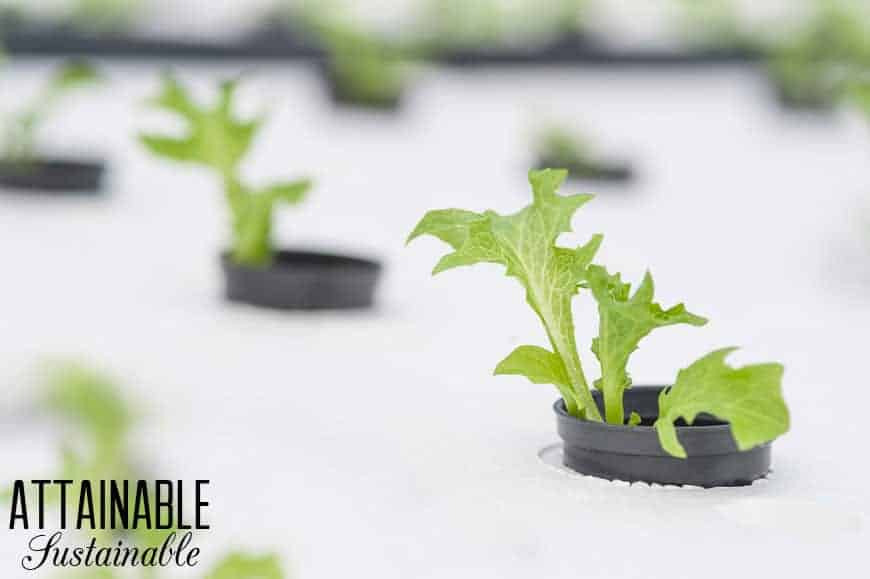 In fact, there are ongoing debates about labeling hydroponics as organic.

In November 2017, the National Organic Standards Board, an advisory board to the USDA announced its decision to allow hydroponic operations to be certified USDA organic.

Strong opposition from organic proponents followed, stating that hydroponic growing did not support soil health and that the foundation of organic farming was the soil, which plays an important role in combating climate changes.

Labeled organic or no, hydroponically grown plants are grown in a closed, controlled environment that often uses fewer pesticides.

We don’t know when and if hydroponics will be labeled as organic, but we know it’s among the most sustainable methods considered to deal with growing concern about resource sustainability and food production in the future. 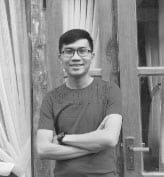 He loves growing everything on his own and helps out around Green and Vibrant.