These homemade cheese crackers are gluten free and taste great. Plus? They’re easy to make. Crackers might not be the first thing you think of when you hear the word homemade, but the ingredient list for this recipe is short and it doesn’t take long to make at all. You might want to double this cheese cracker recipe, though. They’re that good.

Related: The Best Gluten Free Crackers to Make at Home

Awhile back (inspired by a recipe sent by Amanda from High Prairie Homestead) my then sixteen-year-old son took it upon himself to try his hand at making homemade cheese crackers. He deemed them “awesome,” not to mention really easy to make.

Trouble is, I follow a gluten-free diet. And let me tell you: just smelling those homemade cheese crackers just wasn’t cutting it. So I decided to attempt a gluten-free version. The results? I would totally take these with me to a deserted island.

A cheese cracker recipe everyone can love

So, these crackers are gluten free. They’re also suitable for folks who are sticking to a Keto eating plan. But don’t let that send you off in search of a “real” recipe for homemade cheese crackers. These crackers are tasty enough to serve to your wheat-eating friends. Really. This cheese cracker recipe calls for two alternative flours: Coconut and almond (or sorghum, though that won’t work for the Keto folks). Usually found in the health food section at the grocery store, these flours are gluten free.

Hot tip: Don’t freak out when you see the price of the coconut flour like I did the first time I used it. It’s not used at a 1:1 ratio, so a cup of coconut flour goes a LOT further than a cup of all-purpose flour. A small bag will last you through numerous batches of these homemade cheese crackers!

It’s easy. A food processor makes it easy, though you could also use a stand mixer, or even mix it by hand. I’ve recently added a video of the process so you can see how they come together. This is video of my husband making the recipe. You might spot a few places in there where he doesn’t follow the instructions to a T, but the crackers turned out great.

★ Did you make these homemade cheese crackers? Don’t forget to give them a star rating below!

Makes roughly the equivalent of a small box of Cheez-It crackers.

Coconut flour is not used at a 1:1 ratio, so a cup of coconut flour goes a LOT further than a cup of all-purpose flour. A small bag will last you through numerous batches of these homemade cheese crackers!

Originally published in March 2012; this post has been updated. 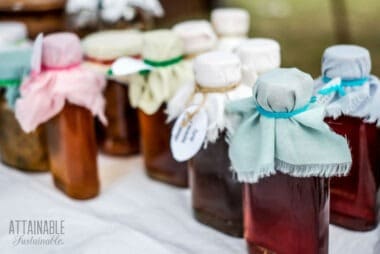 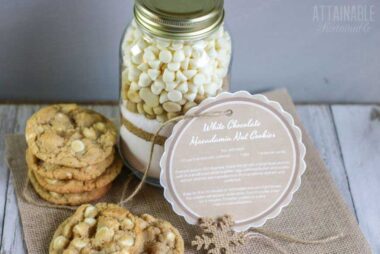 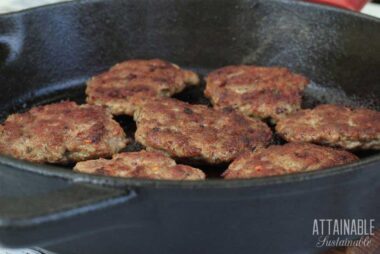 Improve Taco Night with these Family Favorite Homemade Refried Beans
Next Post: 20+ Ways to Cut the Plastic Waste at Your Place (Recycling isn’t the Answer)