If you are looking for a fudge recipe that’s perfect for giving, look no further. This creamy, soft old-fashioned fudge outdoes the other recipes you’ve tried — even the famous state fair version! I’m sure of it; I’ve been convincing people for years that this is the best fudge recipe out there, one batch at a time.

Can’t get enough chocolate? Check out my homemade hot fudge sauce recipe, too! 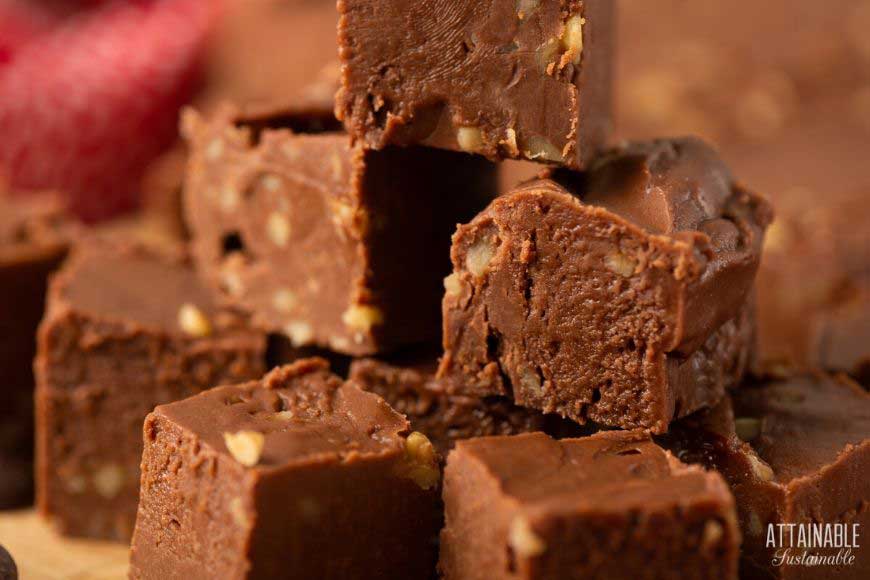 A long-ago friend of mine was well-known for her fabulous desserts. Notably, she had the best melt-in-your-mouth old-fashioned fudge recipe ever. Seriously. She was kind enough to share it with me years ago, and I’ve been using this recipe ever since.

How to make fudge the old-fashioned way

It’s not hard to make, but this recipe requires a bit of effort. You’ll heat the milk and sugar on the stove top, then pour the hot liquid over the chocolate chips, marshmallow fluff, and butter. The heat of the cooked milk and sugar mixture will melt the ingredients in the bowl as you mix.

You can use a stand mixer or a hand mixer for this recipe. In either case, you’ll want to mix it until the fudge begins to hold its shape.

Nuts or no nuts? That’s your call! You could also divide the recipe and add nuts to just half.

Spread the fudge into pans and cool in the refrigerator before cutting into squares. 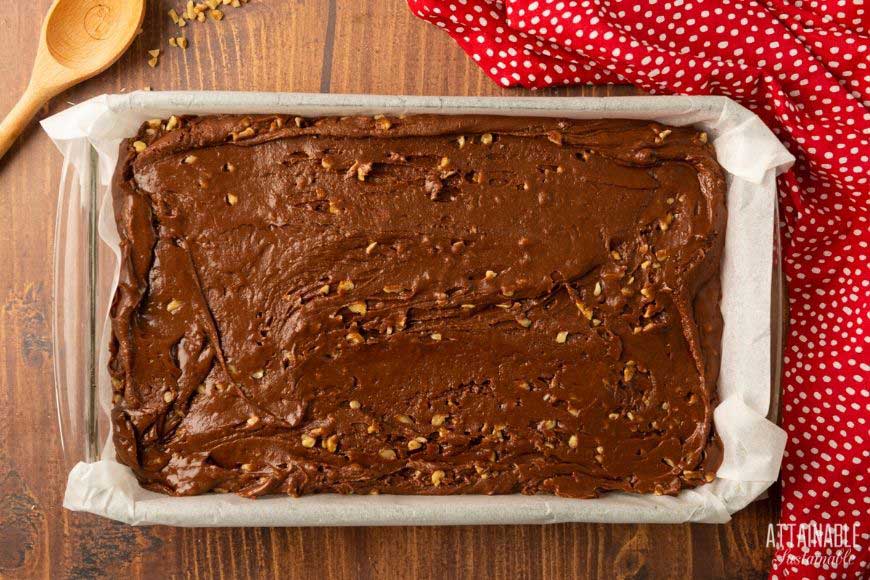 You know those gourmet fudge booths at the county fair where they charge one million dollars for a half pound? Hubby insists on breaking our bank every time he has the opportunity, then proceeds to say, “yours is better.” My kids concur that this is the best fudge recipe they’ve tried.

Another friend, after listening me wax poetic about my favorite holiday indulgence scoffed, saying this was no different than the recipe on the back of the marshmallow fluff jar. (Hi Chris!)

Oh, but it is, I told him. Try it, I told him. He did, and for the past half-dozen or so years, he whips up a batch  and considers it the kickoff of his holiday season.

You need to make this. I have no qualms whatsoever saying that this is the best fudge recipe you’ll make, hands down. All credit to Andrea for that! 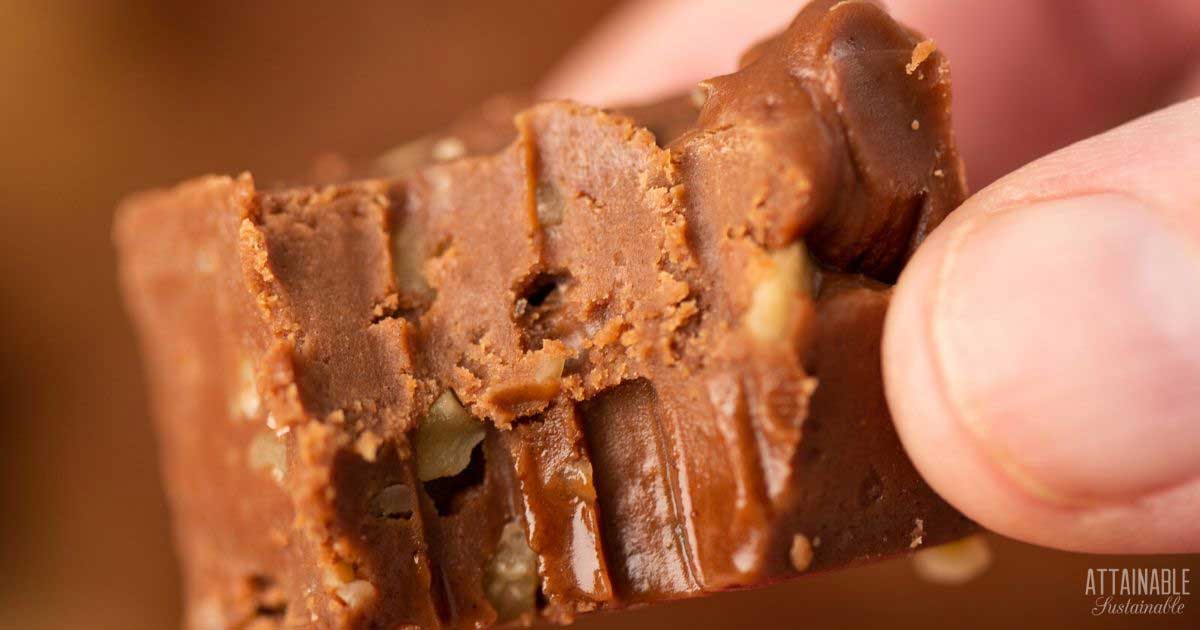 Nuts or no nuts?

This fudge is melt-in-your-mouth creamy and lovely to savor without nuts. But if you’re a yes on nuts, stir in some walnuts. Amp up the flavor by toasting the walnuts!

This recipe makes about five pounds of fudge, so you’ll have plenty to share and still have some left for yourself. Store fudge in an airtight container in the refrigerator. If you’re giving this fudge as a gift, I like to package it up into pretty tins and keep them in the fridge until I’m ready to give them away. 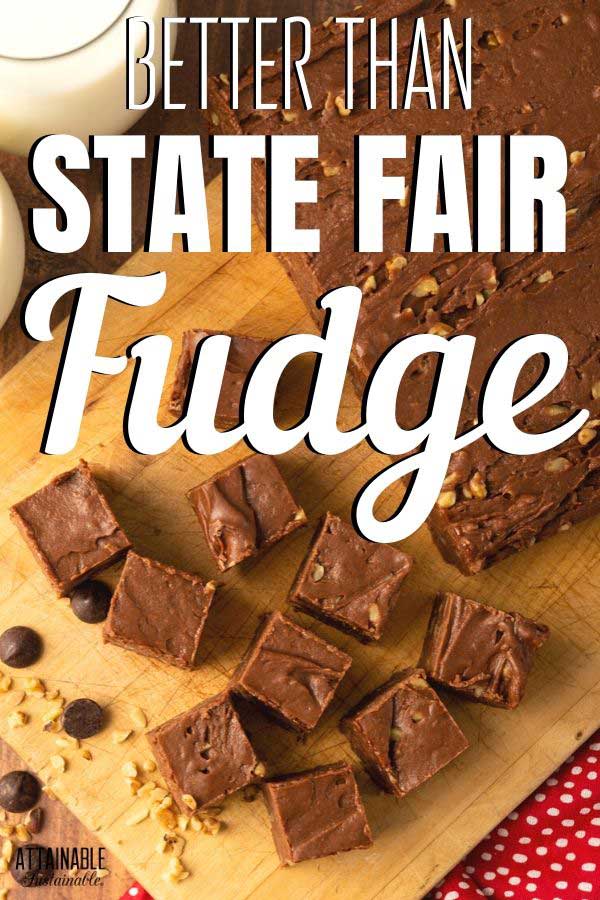 ★ Did you make this fudge recipe? Don’t forget to give it a star rating below! ★

The fudge "holds its shape" when ridges and bumps remain on the surface of the chocolate when you lift the mixer away.

Using coarse sugar may result in undissolved sugar bits in the fudge.

Previous: 5 Ways to Put Your Backyard Hens to Work in the Garden For You