Home → Blog → How to Cook Yacon: Using this Peruvian Tuber to Make “Applesauce”

How to Cook Yacon: Using this Peruvian Tuber to Make “Applesauce”

Wondering how to cook yacon? Or better yet, what the heck yacon is?? I suggest you try this applesauce knockoff as one of your first yacon recipes if you’ve got access to this tuber. 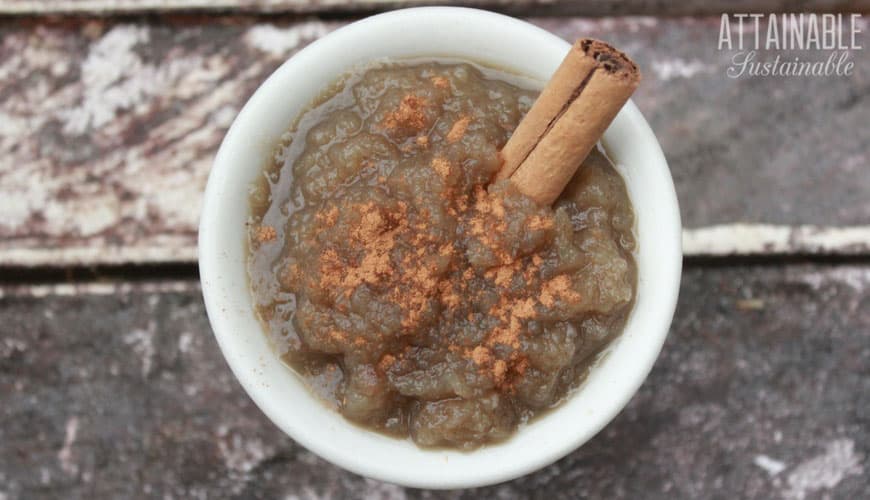 The first thing people ask when they see me mention yacon is: Do you mean bacon?? The next thing: What do you do with it?? No, I certainly do not mean bacon. I mean yacon, an edible brown tuber native to South America. [How to grow yacon.]

As for how we use it, we really like to snack on fresh, raw yacon. That’s the simplest way. We also use it in fresh fruit smoothies. But when we start talking about what else to do with it, I’m a rookie. This is still a “new” vegetable to me.

My friend Angela, who started me on my yacon growing journey, brought me a jar of what she called “yacon sauce” when her harvest was at its peak last year, and I’ve been wanting to try making it ever since. With my yacon harvest complete, I had a small abundance of yacon to play with.

Yacon sauce is a replication of applesauce. Since we’re still experimenting with growing apples here, this yacon recipe is a great substitute. Now, be warned. It’s not exactly like applesauce. But, as my son said, “It’s pretty darned good.”

How to cook yacon

Below is my recipe – though it’s not so much a recipe as a method. No matter what you call it, it’s not difficult to make. And if you live in a region that is bereft of apples, yacon might be just the crop for you!

When playing with exactly how to cook yacon, I discovered that when cooking yacon, it takes on the flavor of what you add to it. It doesn’t have a very distinct flavor on its own. The raisins add flavor. Consider this a base recipe and play with it a bit. I could see it working well with dried apricots, too, or maybe even mixed with fresh berries. Next up? I want to try it in my homemade apple crisp recipe. 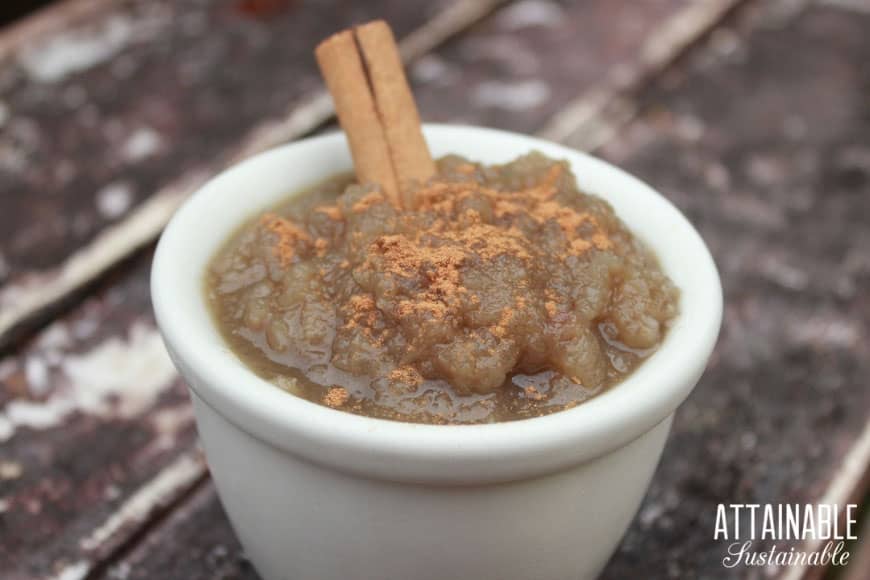 ★ Did you make this yacon recipe? Don’t forget to give it a star rating below!★

Yacon oxidizes very quickly — it’s totally normal for it to turn greyish when exposed to air.

The big question with this is whether or not it can be safely canned. I’ve yet to see a safety-tested recipe for doing so; until then I’ll stick with making it fresh or freezing it.