4 Things to Stop Recycling and Turn into a Garden Asset

The idea of commercially recycling our household waste was been ingrained in us over the last few decades. But what if I told you that you should stop taking some things to the recycle center? That’s right. I recommend that you stop recycling cardboard, paper, and magazines. Here’s why. 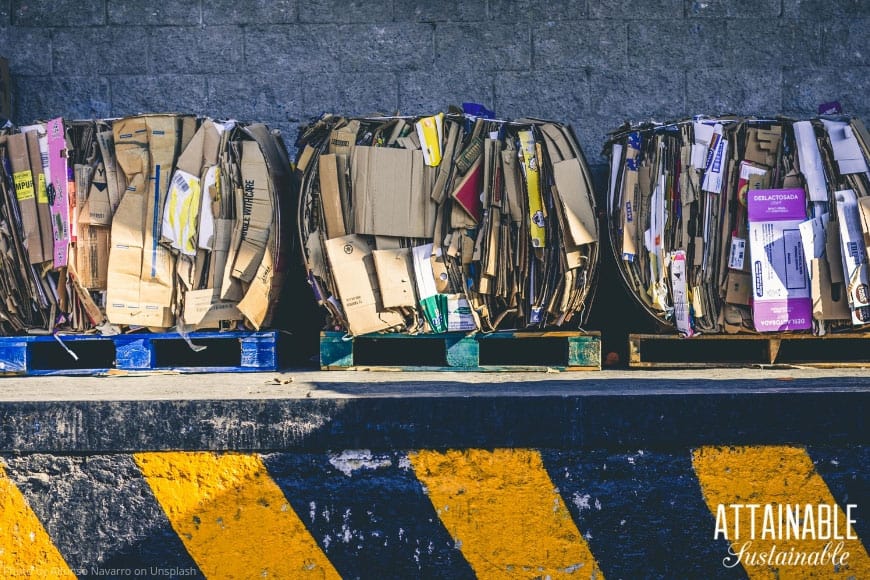 Those big bales of cardboard that you see behind stores? Or at the landfill? They’re going to be shipped off to  recycling center to be reprocessed. Or at least that used to be the way it used to be done. For years, China has imported much of America’s recycling, but they’re drastically cutting the amount of waste that they’ll take. This is leaving American cities with piles of recyclable waste…that’s not recyclable.

But as cities scramble to figure out how to deal with this blow, gardeners can help the situation by diverting some of that waste. Instead of recycling cardboard, turn it into an asset in the garden. Same with recycling paper and magazines.

Of course we should all be working to reduce the amount of trash we generate. Be greener. But many of these waste products that do make it to your household can all become part of your composting system, transforming waste into a valuable soil amendment. This alleviates the backup of recycling cardboard and other waste we humans generate.

Paper is one of the easiest items to shift out of the recycling loop. Newspaper, office paper, and junk mail are all good carbon additions to a compost pile. These break up relatively quickly. I sort my junk mail, separating out the plastic windows on envelopes (those go to the trash) and composting the rest. (See more below about dealing with glossy paper.) More paper items to divert: 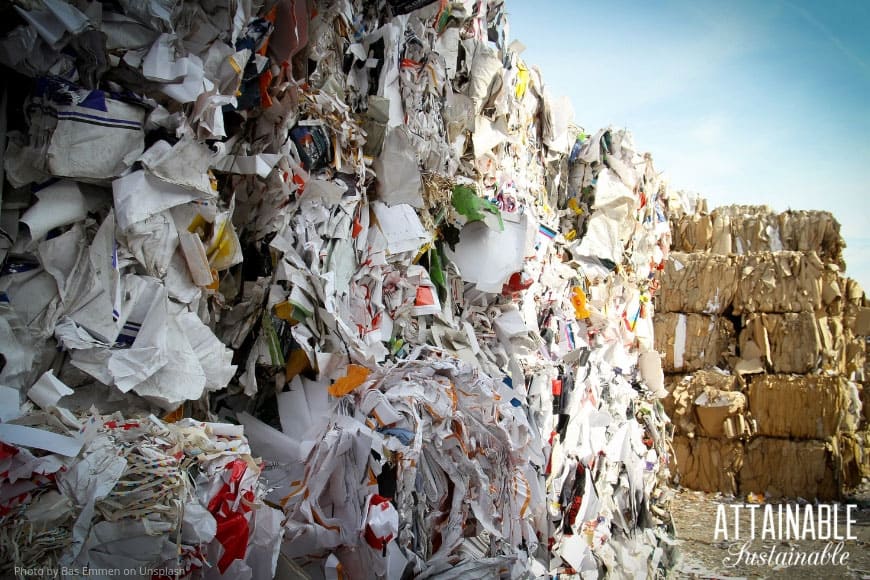 Corrugated cardboard may be a waste product for many people, but it’s a coveted item here. We stopped recycling cardboard eons ago. I use cardboard as one of my first defenses in keeping weeds down. Shipping boxes that arrive here are immediately stripped of tape and flattened to use as natural weed control.

Cardboard can also be added to the compost pile, though admittedly it breaks down more slowly than paper. You can hasten the decomposition process by tearing cardboard into smaller pieces. Besides recycling cardboard shipping boxes, consider: 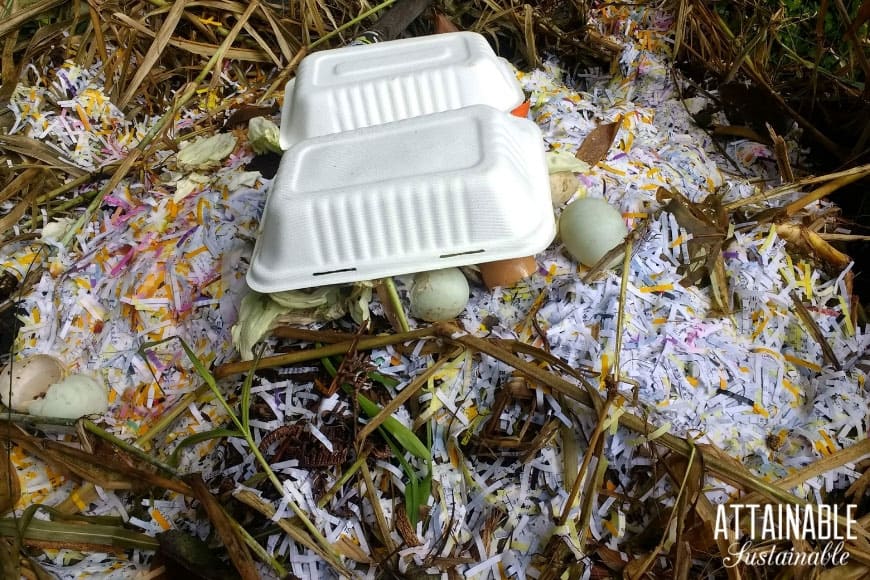 Whether magazines or catalogs, this is the trickiest category. Glossy paper comes with its own possible risks due to the ink used. While newspapers are primarily printed with soy-based ink these days, magazines and catalogs (and some junk mail) have different coatings. There is some concern in the gardening world about using these items in the compost. Our preference with magazines is to share them with other readers via our library. We still find ourselves inundated with catalogs and other glossy paper, though.

Worms to the rescue! A vermicompost bin is a good solution for this problem. Worms have been found useful in bioremediation of toxins like lead and cadmium. I’ve added shredded glossy paper to my worm bin for years, with no detrimental impact on the worms. Now, I’ve not had the worm castings tested. And obviously, this is not a 100% organic solution. But handling this waste here, on site, rather than shipping it off for someone else to deal with is my preference. Again, if you aren’t comfortable adding the resulting castings to your garden, just set aside a space for worms to do the work of recycling glossy paper as well as cardboard.

Some may question the nutritive value of a compost pile made up of a lot of paper and cardboard. As I see it, a compost pile that gobbles up our trash has a certain value. If you’re concerned that the compost made with these items is less valuable for your garden, use it for other things around the yard. Fill low areas, create berms, give it away. Or do as Angi mentioned in the comments and utilize this compost around sunflowers, which according to this article may help removed contamination from soil.

I consider creating potentially low quality compost a grand improvement over bales of cardboard and paper sitting at a recycling facility.