Growing Swiss chard in containers is a great way for urbanites to grow some greens. Of course, Swiss chard is a great addition to a full-sized garden, too. A single Swiss chard plant will produce for months! Swiss chard — also known as silverbeet — is less finicky in the garden than spinach and milder in flavor than kale. 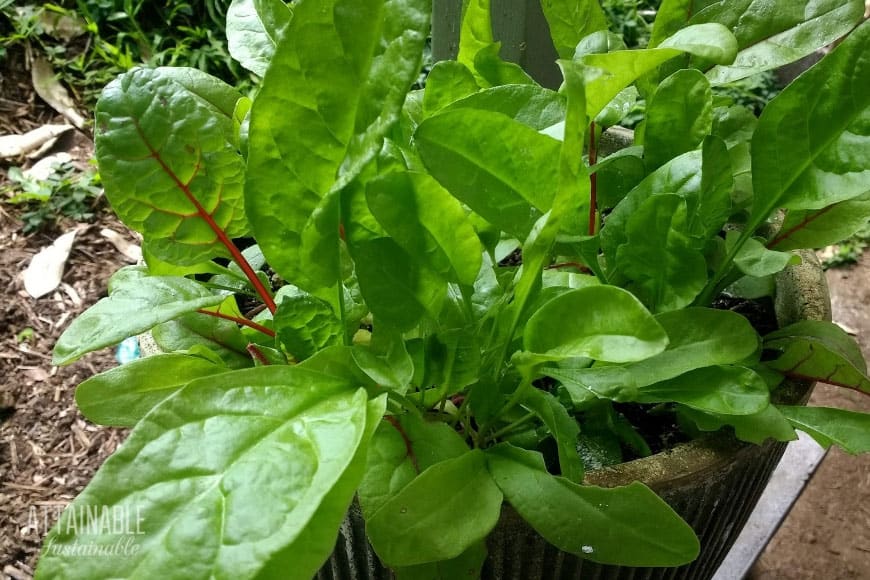 For apartment dwellers, growing Swiss chard in containers is a no-brainer — it grows well in pots. Swiss chard plants will provide food for months. In past years, I’ve harvested chard from one planting for an entire summer season. 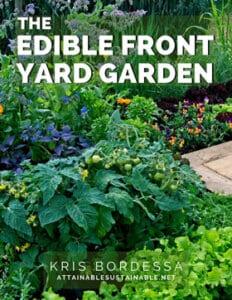 Here’s a bonus: Swiss chard is beautiful. Really, really beautiful, making it a perfect candidate for growing in containers on the patio. It’s also a great addition to flower beds, making for an edible flower garden that will sneak past your homeowners association.

Swiss chard comes in many varieties and colors. Shockingly bright rainbow chard adds color to your garden or patio with stalks in yellow, red, pink, and white surrounded by deep green leaves. Perpetual spinach is related to chard (and beets). It’s less flamboyant — it’s all green — but is a bit milder in flavor than some of the chard varieties and one of my favorites. 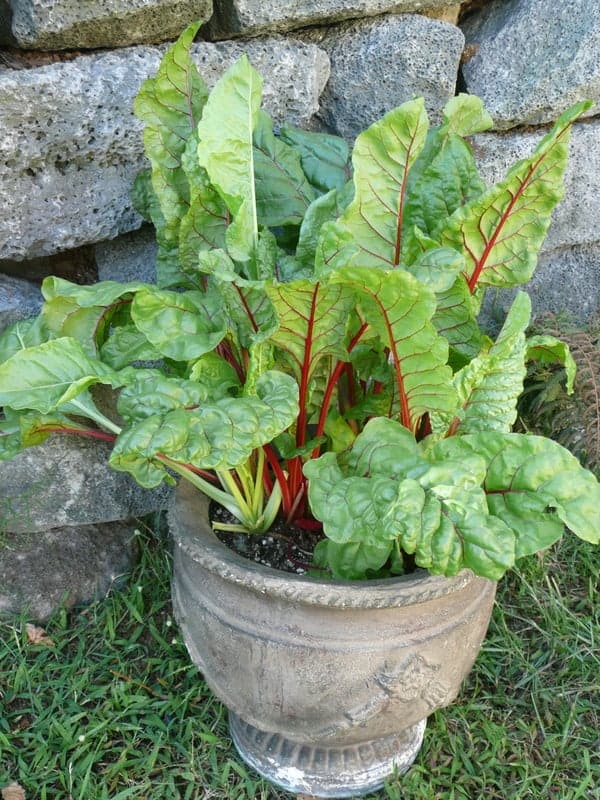 If you’re an urban gardener or limited on garden space, this is what I want you to do: Get some Swiss chard seeds. And a container of some sort. It doesn’t have to be a fancy pot, or a very big one. (The one you see above is about 12″ in diameter and came from a garage sale.)

Fill the pot with soil. Bagged potting soil works fine. Mix in a little compost if you like. [You made a worm bin like this, right?] 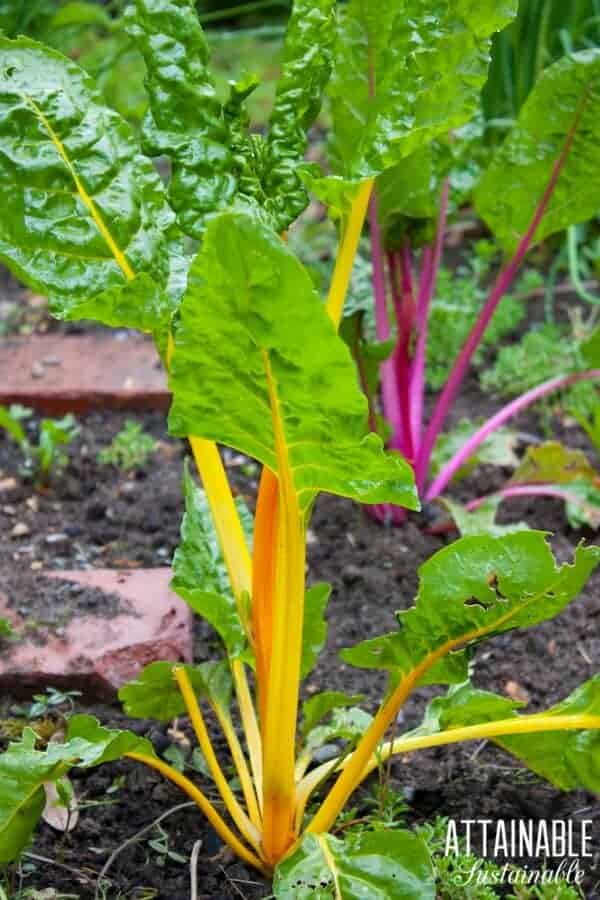 How to grow Swiss chard from seed

To grow Swiss chard in containers, bury five or six Swiss chard seeds – spaced equally – under about half an inch of soil. Consider soaking the seeds prior to planting to give them a good head start. Sprinkle with water daily. If you’re planting it out in a garden bed, space the seeds about four-to-six inches apart. The first sprouts should appear within a week.

If you’re growing Swiss chard in containers, you’ll likely need to water it daily, depending upon your weather. Soil in containers tends to dry out more quickly than an in-ground garden. The soil should be kept moist but not overly wet — much like a wrung out kitchen sponge.

In a garden bed, as the plants grow and become crowded simply pull an entire plant from the ground to harvest it (rather than trimming leaves as described below). A tighter spacing like this allows you to harvest more and shades the soil as the plants grow, which can fend off weeds.

Growing Swiss chard – in containers or in the garden – couldn’t be easier.

Swiss chard is a biennial, which means that it will often provide a second year of growth for you with no extra work. If your chard plant goes to seed, you’ll need to start fresh, since the greens turn bitter once that happens.

Even novice gardeners can handle growing Swiss chard. Go on now. Get your hands dirty! 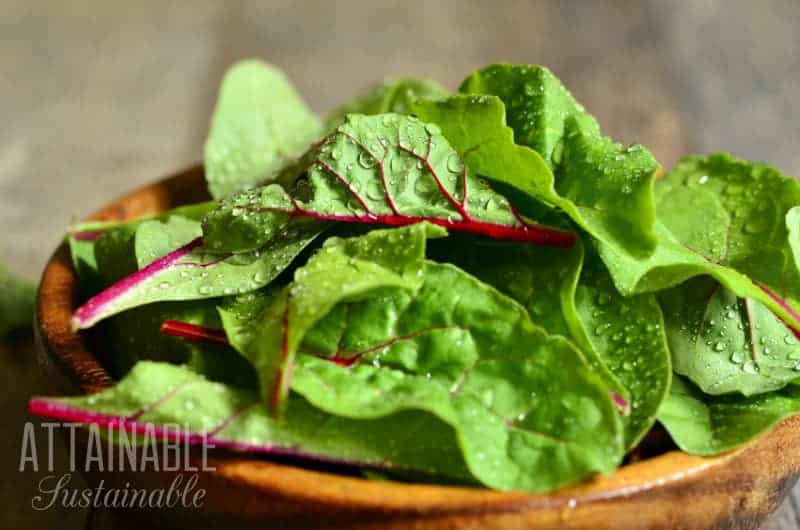 When to harvest chard

When leaves reach about 4-6″ tall, you can start harvesting what farmers market growers call “baby chard.” You’ll do so by cutting off just a few of the outer leaves on each plant, allowing the plants to continue producing.

As the plants get more robust, you can harvest more leaves – just make sure to always leave at least several leaves growing on each plant. Use scissors to cut leaf stems near the base of each plant.

Using Swiss chard in the kitchen

Swiss chard recipes are in high demand around here when it’s abundant. Give these recipes a try if you’re growing Swiss chard!

Need more Swiss chard recipes? Consider using Swiss chard in recipes that call for kale. It will do just fine.