Home → Blog → Kick Off Spring with this Delicious Rhubarb Crisp

Kick Off Spring with this Delicious Rhubarb Crisp

Rhubarb is one of the first harvests in many regions, ripening in early spring. This rhubarb crisp is a delicious way to use it while it’s in season!

Love rhubarb? Be sure to try this rhubarb coffee cake, too!

Let’s start with what is rhubarb, exactly? A rhubarb plant is a long-lived perennial that grows on stalks — similar to celery, but much larger. The stalks range from pink to bright red.

The stalks of rhubarb are edible; the leaves are poisonous, as they contain dangerous levels of oxalic acid. You’d need to eat a lot to kill you, but small amounts can make a person sick.

The stalks are very tart, so you’ll often see rhubarb paired with strawberries to cut the tartness, and almost always in sweetened dishes like pie, cake, and jam. 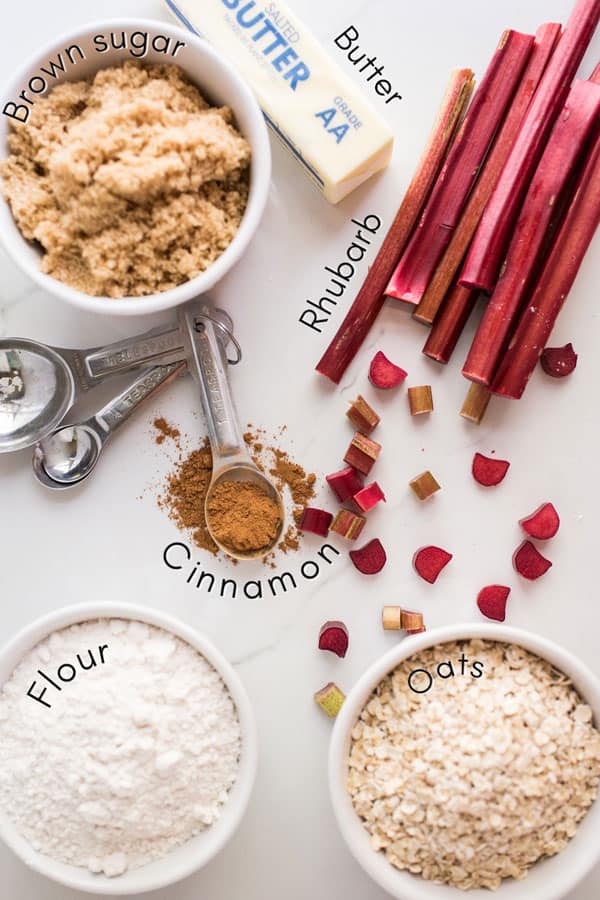 This recipe calls for basic pantry ingredients and fresh rhubarb. You’ll start by combining the ingredients to make the “crumb.” You’ll press half of the crumb into the pan, forming a bit of a crust, then add the rhubarb.

A sugar syrup drizzled over the rhubarb provides sweetness, and then the crisp is topped off with the remaining crumb mixture.

Pop it in the oven until the top is browned and the edges are bubbly. 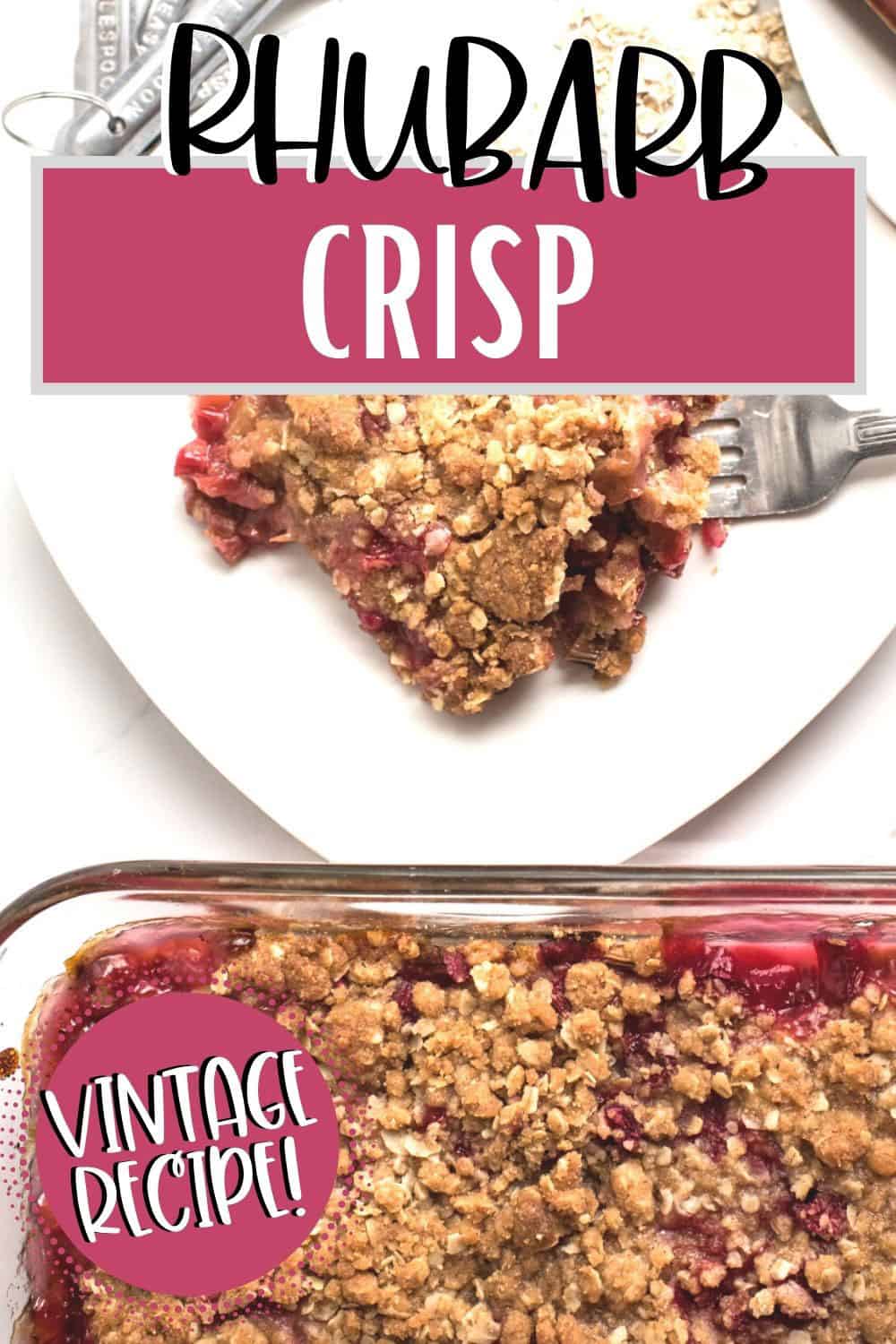 ★ Did you make this recipe? Don’t forget to give it a star rating below! ★

For the sugar syrup: 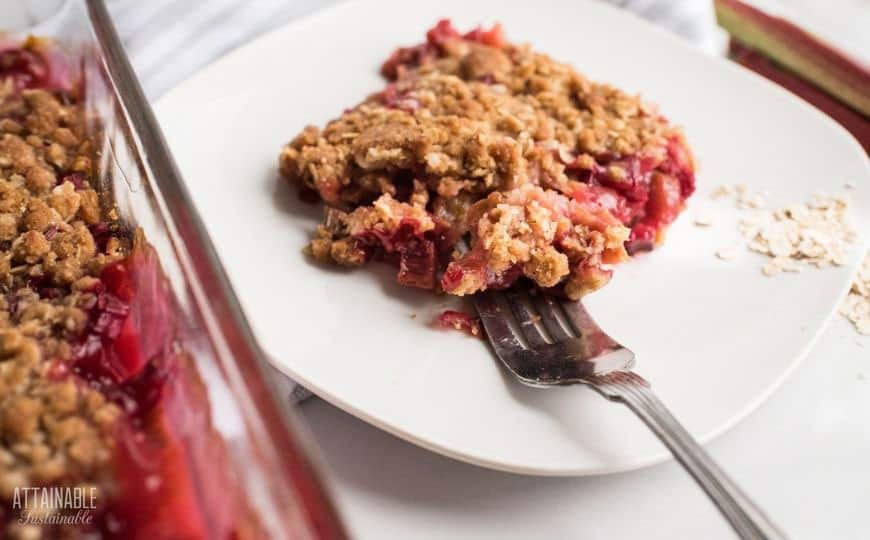