Poultry mites, chicken mites, bird mites; whatever you call them, they are tiny but vicious. Here’s how I tackled an infestation of these bird mites without resorting to harsh chemicals.

Harvesting eggs from your flock? Be sure to save the shells for the garden! 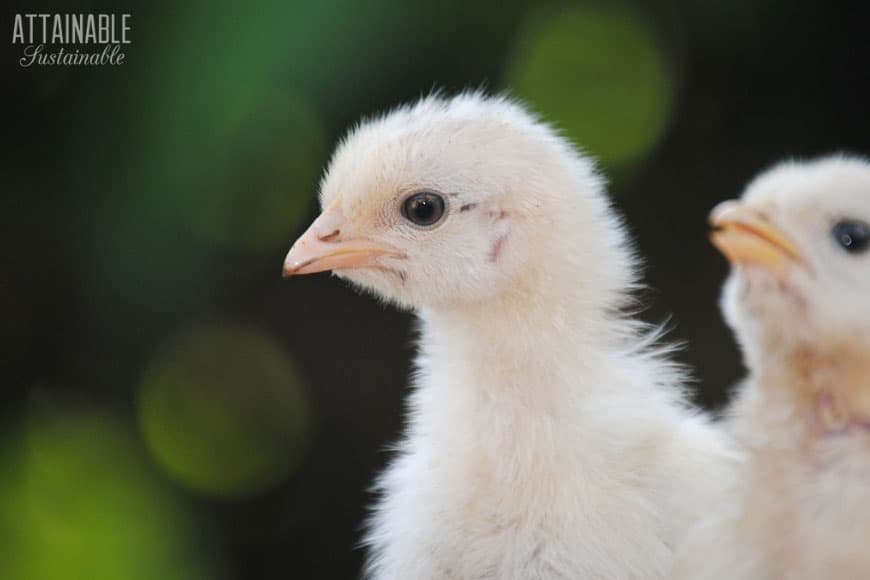 Dealing with bird mites in your poultry flock

Bird mites come in several different varieties, but suffice to say, they are a chicken owner’s nightmare. We’ve had issues with poultry mites a handful of times over the past twenty years, but this past week I’ve seen our worst infestation yet.

One of our hens has been broody, sitting on a clutch of eggs. I made the mistake of allowing her to sit in one of the nesting boxes. The other hens didn’t seem to mind climbing in with her to lay their eggs, so it fell to me to pick her up a couple of times a day to remove the new eggs.

Several days ago I realized that she had poultry mites, so I sprinkled the nest with diatomaceous earth. When her chicks hatched a couple of days later, I realized that this was not just a few bird mites, but a serious infestation.

I’d noticed that her comb was pale and dry looking, but what I’d attributed to broodiness was actually a symptom of the chicken mite infestation. I couldn’t touch her or the chicks without getting mites on myself. And she was sick. Her first time off the nest after the chicks hatched, she was stumbling and struggling to walk.

I’m sure that hunkering down for weeks to hatch eggs exacerbated the problem. She wasn’t dust-bathing. She wasn’t preening. She was pretty much the perfect host for these pests. 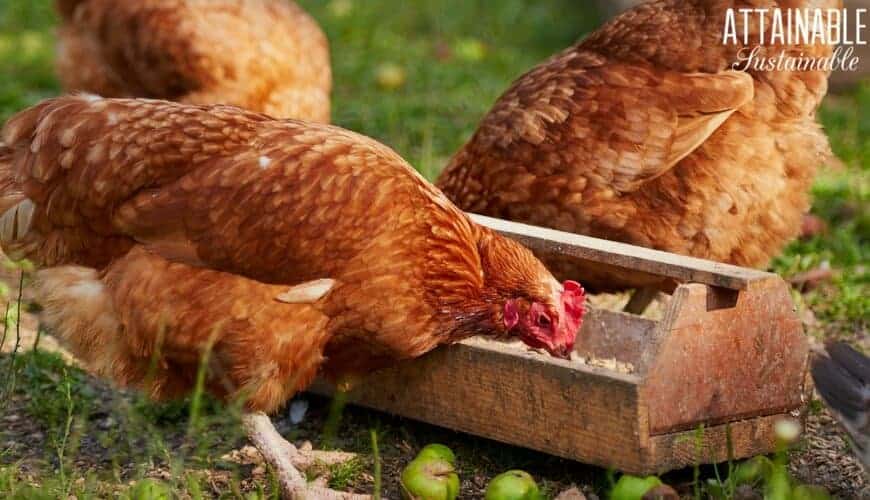 Where do bird mites come from?

Wild birds and rodents bring in these minuscule pests and once they take hold, bird mites pass easily between hens as they share roosts and nesting boxes.

What kind of damage can bird mites do?

Mites are blood suckers and can cause anemia and a decrease in egg production. Hens suffering from chicken mites may become lethargic and their combs noticeably pale. Serious infestations can even cause death. And they bite. I can attest to this from my personal experience with them. Small, stinging bites that can last for a day or so.

How to get rid of chicken mites naturally

In two days we’ve gone from serious infestation, with chicken mites visibly crawling on the hen (and myself, when I’d get near her) to being able to pick her up without any mites transferring to me. She’s not completely clean yet, but I’m hopeful she will be soon, and that we can prevent any more of this grossness. Because man. It’s pretty gross.

A lot of poultry sites recommended using pesticides to combat the bird mites, but I prefer to avoid such harsh treatment if I can – this time especially so, since there were brand new chicks to think about. As I’m wont to do, when a big problem like this arises, I throw everything I’ve got at it. In other words, I did a number of things that collectively worked.

The first thing I did was to work out a system that kept the mites off of ME.

Before handling the bird mite infested hen, I put on disposable surgical gloves. I smeared coconut oil on the upper part of the gloves and on my wrists to stall them as they tried to move up my arms. The mites stayed mostly on the gloves with this method, though some did get past the barrier.

They are small and fast. Be prepared to dump your clothing right into the washing machine. Hit the shower as soon as you’re done treating the flock for chicken mites.

Related: 5 Reasons to Add Ducks to Your Homestead 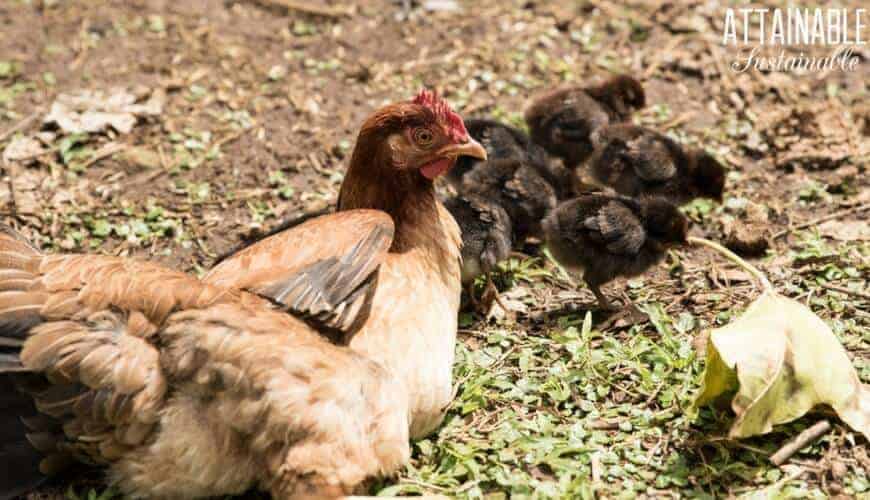 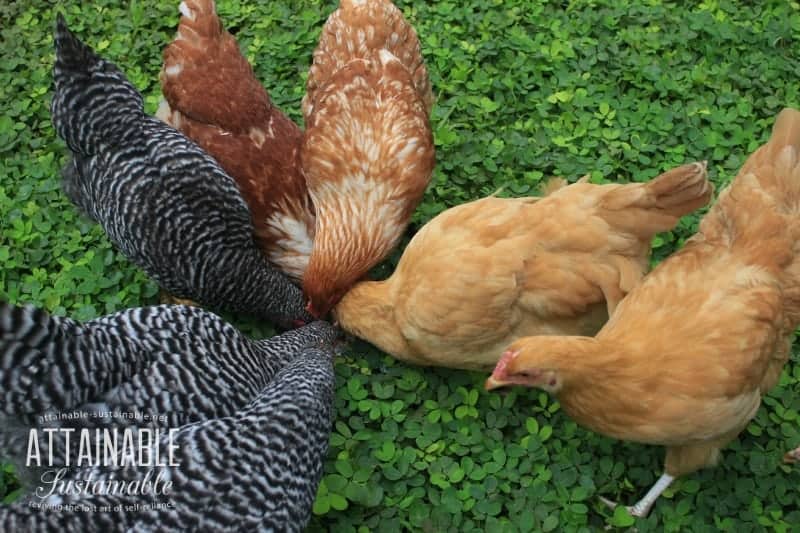 Here’s where the problem lies. Chickens play host to mites, of course. But the cracks and crevices in the coop are also great hidey holes for mites and their eggs. 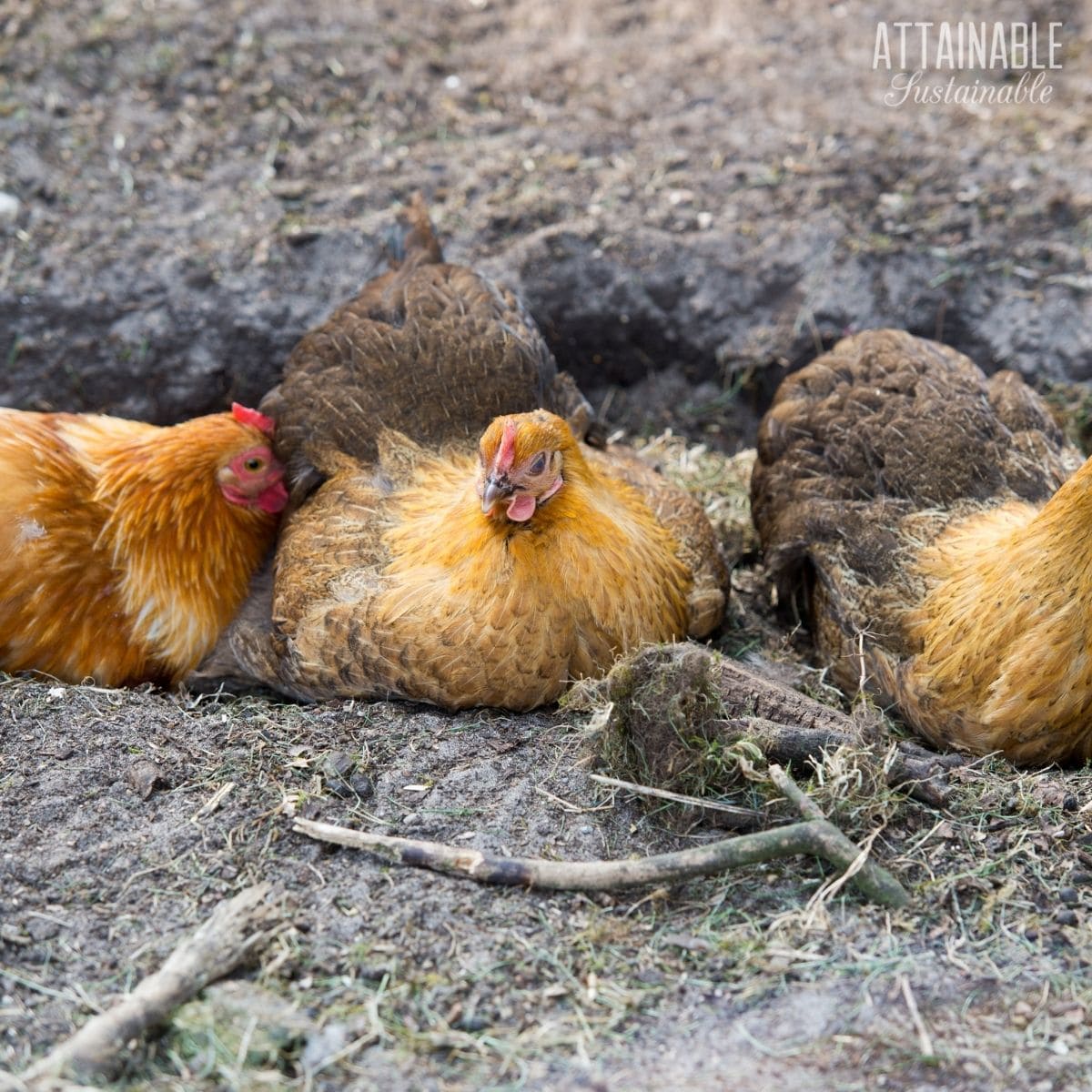 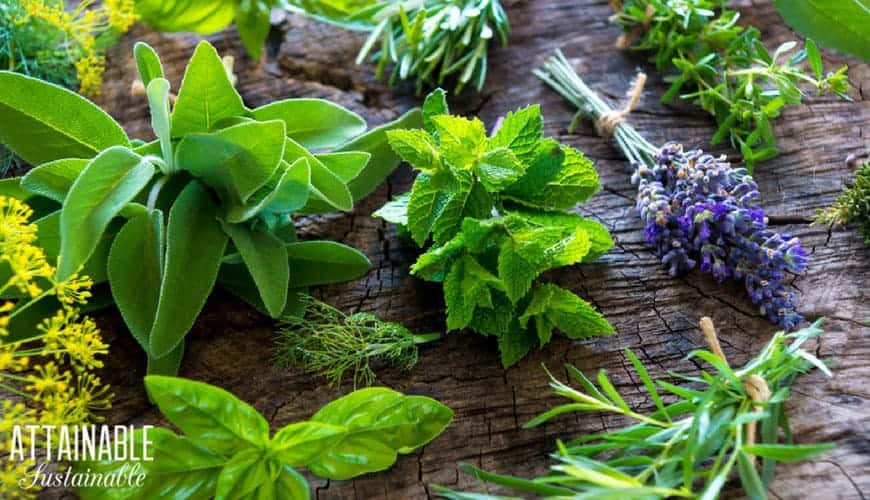 Hints & Tips for Keeping Chickens in Your Backyard